The assembly aims to motivate all 50 GFPS members and GAD Focals from TESDA’s Central and 17 Regional Offices to strengthen the gender mainstreaming efforts of the Agency since the Regional GAD Committee of CARAGA was honored with GAD Trailblazer Award by the Philippine Commission on Women (PCW) in 2018.

“We need to strengthen our GFPS if we are to realize the “twin goal” of gender equality and women empowerment in the context of Technical Vocational Education and Training (TVET),” added Lapeña.

To increase the awareness and appreciation of the GFPS focals in gender equality in TVET, deepening sessions on GAD mainstreaming and orientation on the Anti-Sexual Harassment Law and Committee on Decorum and Investigation (CODI) were discussed during the forum.

The TESDA GAD Agenda 2020-2025, which will serve as the guide in the formulation of the annual GAD planning and budgeting (GPB) for the next six years, was also presented during the conference.

The main goal of GAD in TVET is to contribute to gender equality and encourage and improve the participation of women in TVET.

The GFPS Assembly has been conducted annually since 2013, organized by the TESDA Women’s Center in Taguig.  It conforms to the Magna Carta of Women (RA 9710) as well as the Joint Circular No. 2012-01 of the PCW and the Department of Budget and Management (DBM). 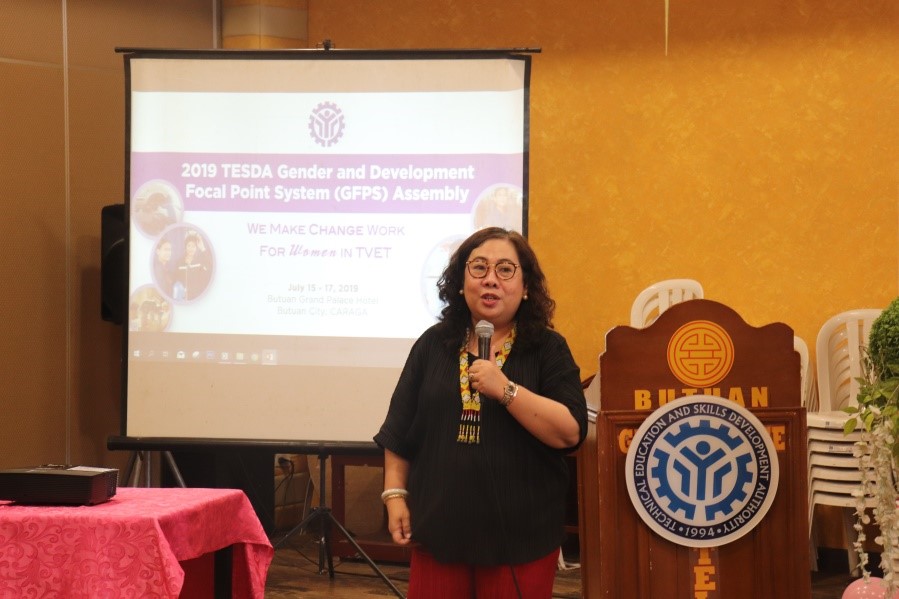 DDG Rosanna A. Urdaneta, Deputy Director General for Policies and Planning and Chair, GFPS-Executive Committee in her message to strengthen the GFPS and to build up the GAD monitoring mechanisms of TESDA. 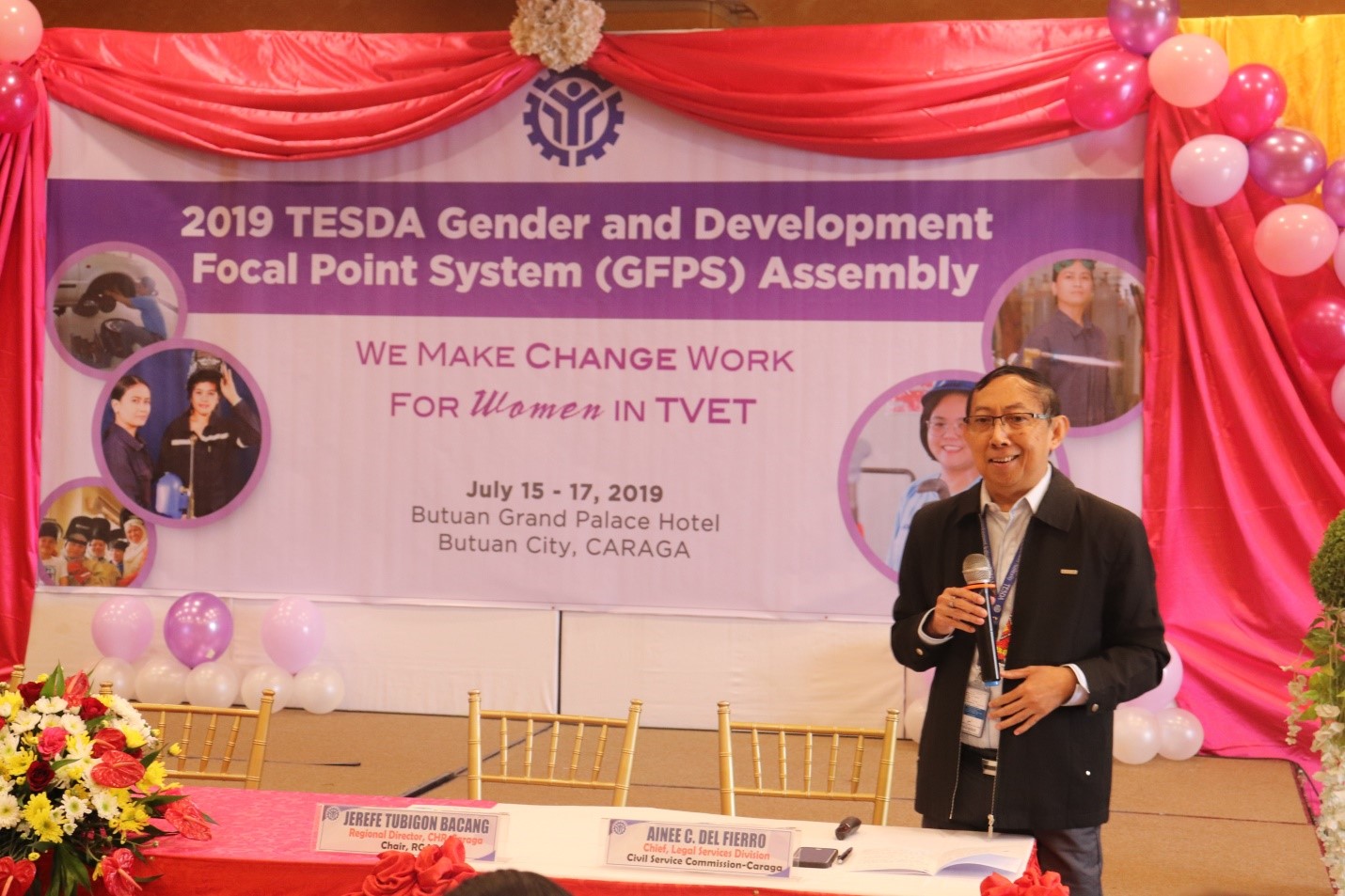 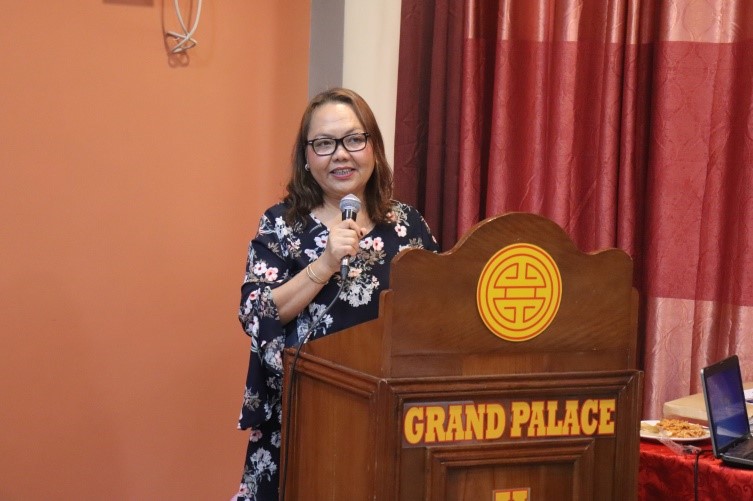 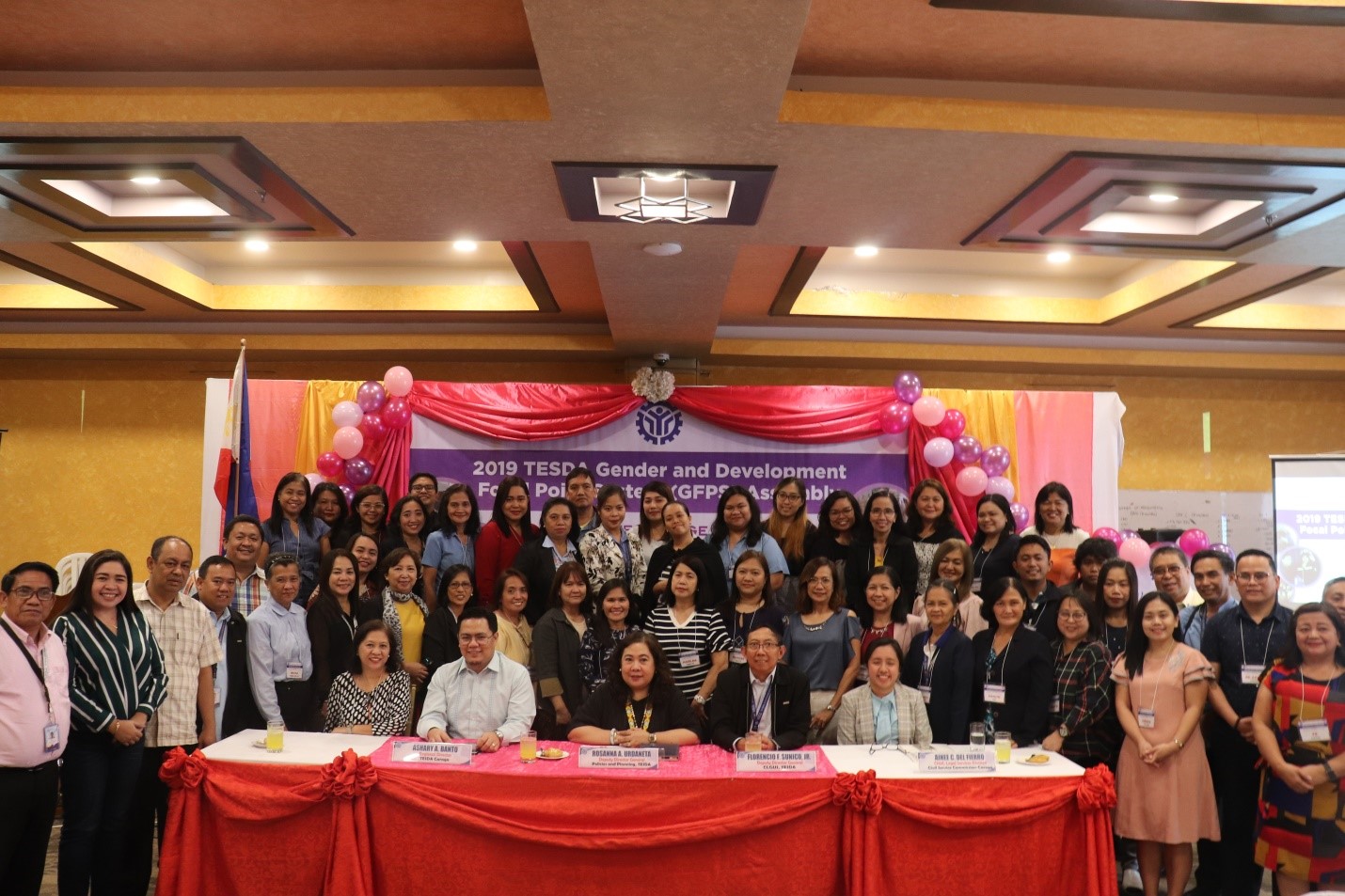