May 22, 2020
In line with Executive Order No. 114, 111 Leyteños are finally back to Leyte as part of the first batch of beneficiaries of the Balik Probinsya, Bagong Pag-asa Program.
They arrived at Candahug, Palo, Leyte at 9:30pm in the evening of May 21, 2020 after a 28-hour land trip from Metro Manila. There were (5) five buses that took them to Leyte which left Manila at 3 p.m. Wednesday (May 20) with 111 persons enrolled in the BPBPP through an online application, but some of them came with their families.

Upon arrival, the returning residents underwent disinfection process by the Leyte Provincial Disaster Risk Reduction Management Office Team. TESDA Eastern Visayas, represented by Assistant Regional Director/TESDA-Leyte Provincial Office Loreta D. Banario and some employees of the Provincial Office, distributed face shields to the Balik-Probinsiya Beneficiaries thru the PDRRMO upon disembarkation from the busses, as their Physical Protective Equipment, that were made by the Office employees themselves. Afterwards, they also underwent swab test and proper documentation procedures by assigned government agencies.

The 111 beneficiaries, roughly comprised of 85 families, who arrived at Palo, Leyte drop-off area. These are composed of mostly heads of their families, and are part of the 3,371 identified applicants who expressed intent to go back to their homes in various municipalities in the province of Leyte.

TESDA Eastern Visayas will be validating the profiles of these 111 beneficiaries after the results of their swab test have been released. This is to ensure that proper health protocols and standards are being observed. Meanwhile, the beneficiaries are in the identified isolation area of their respective Local Government Units awaiting release of their results and assistance that will be provided by the different government agencies. 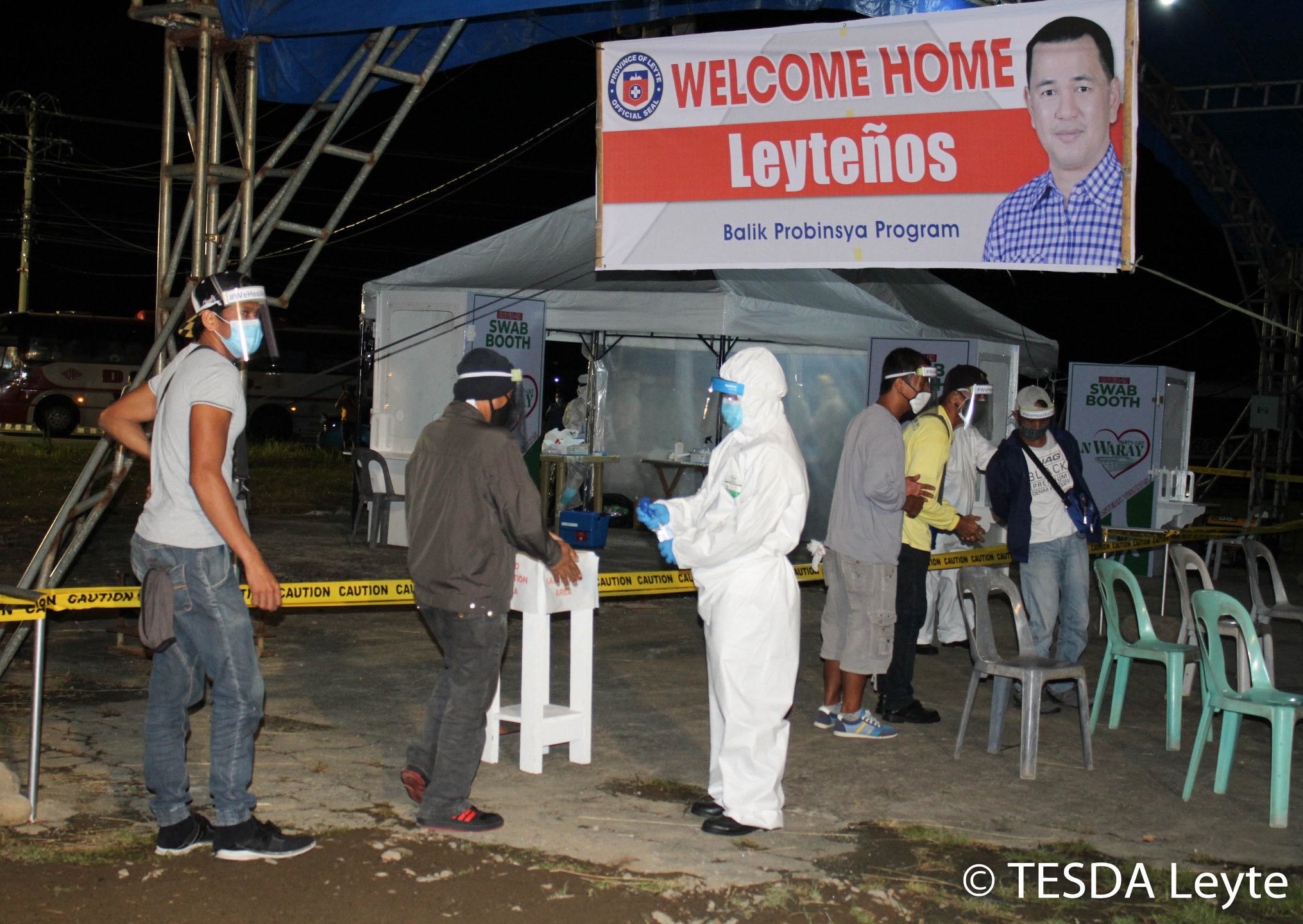 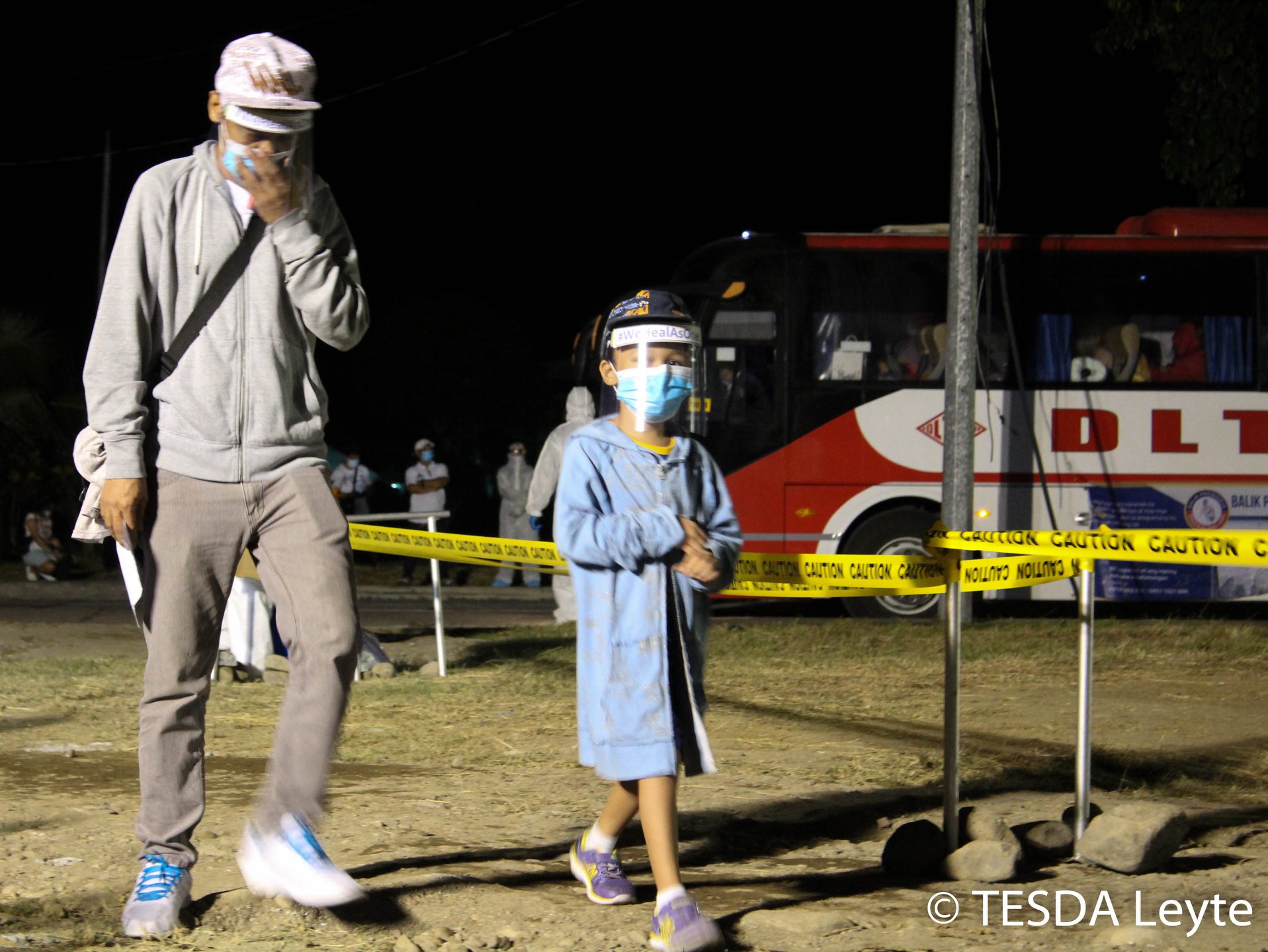 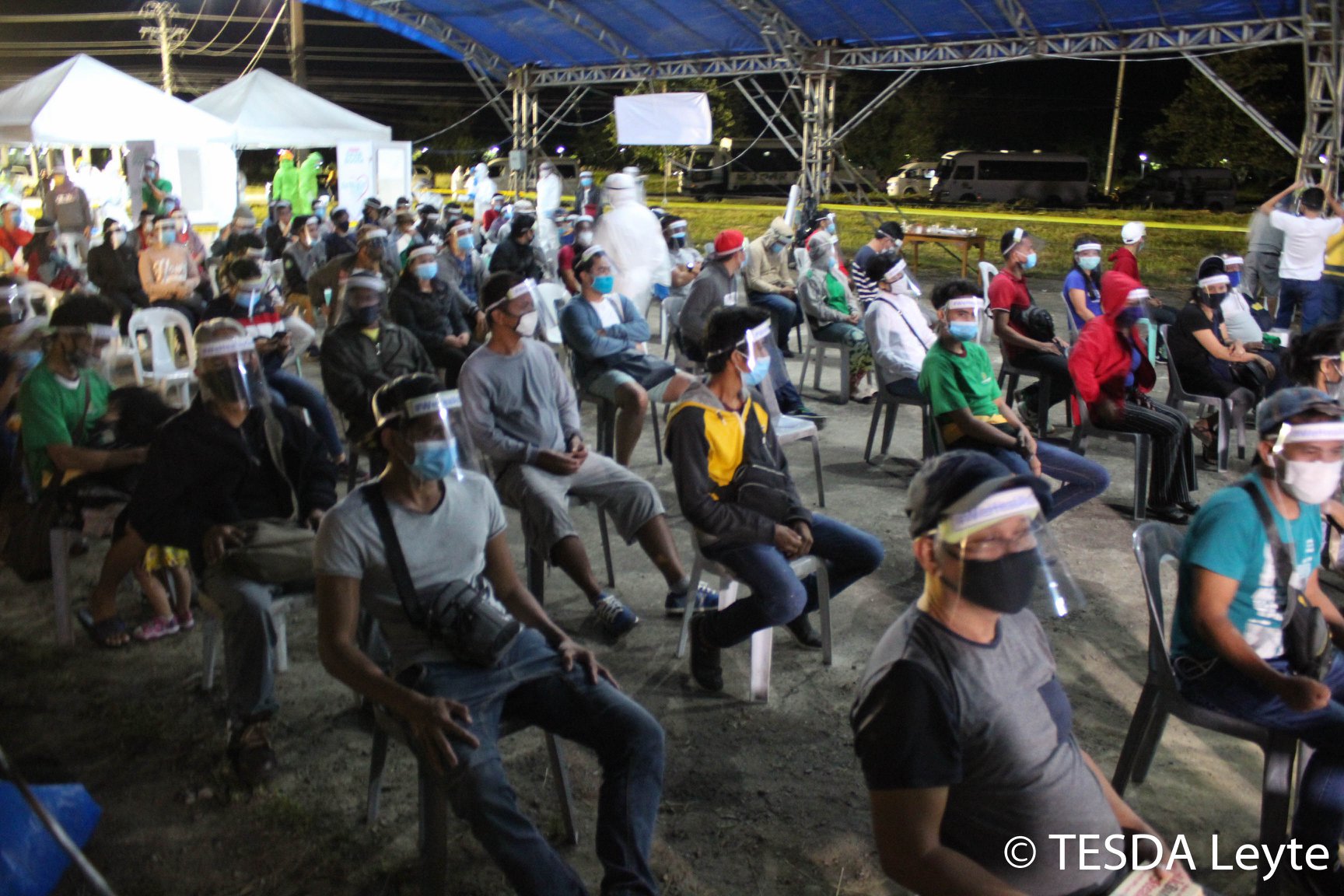 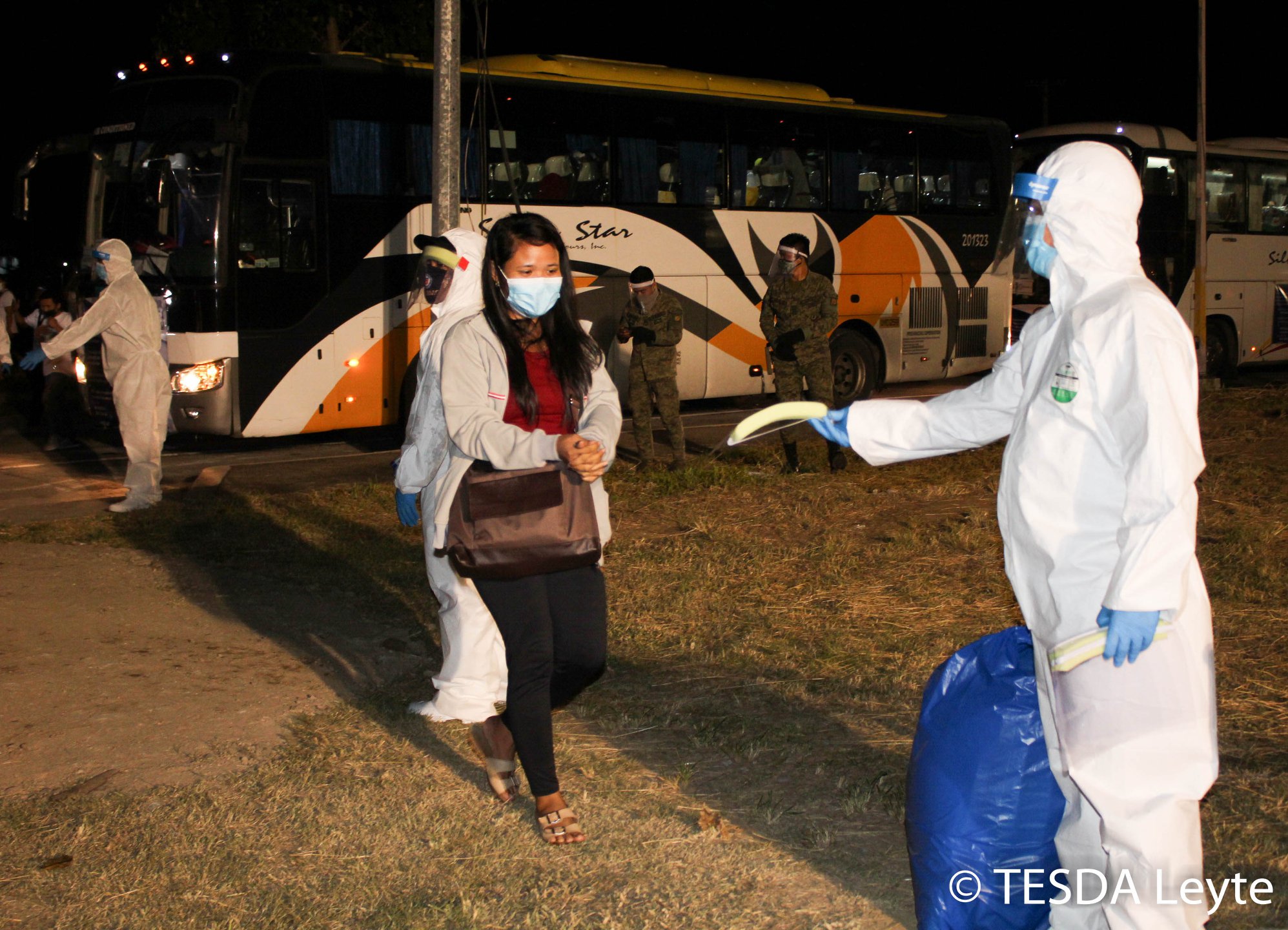 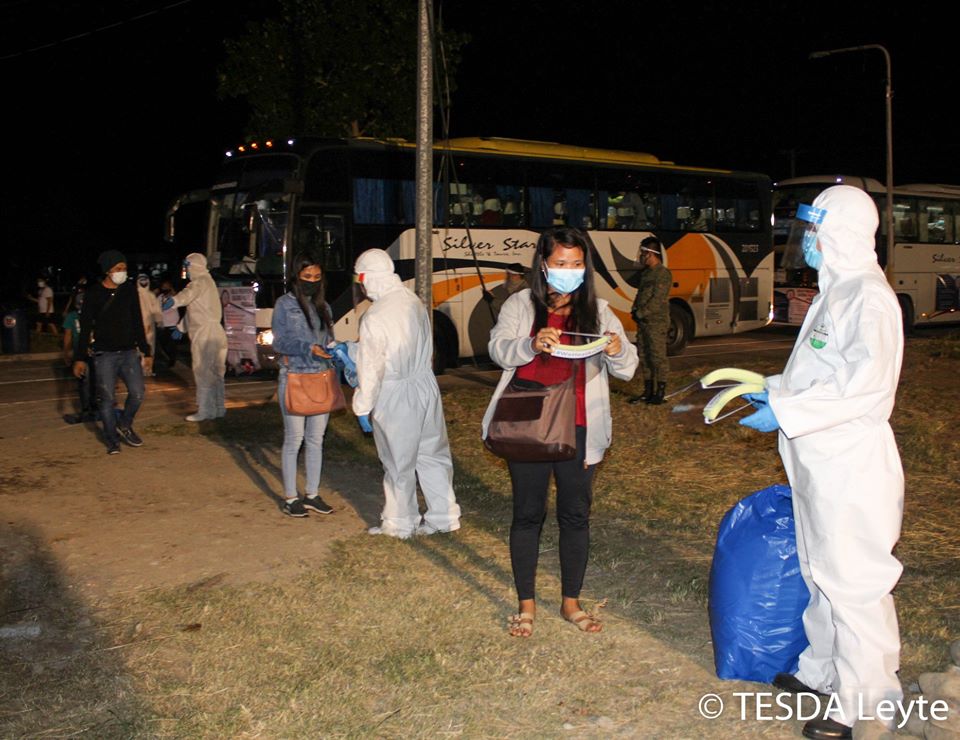 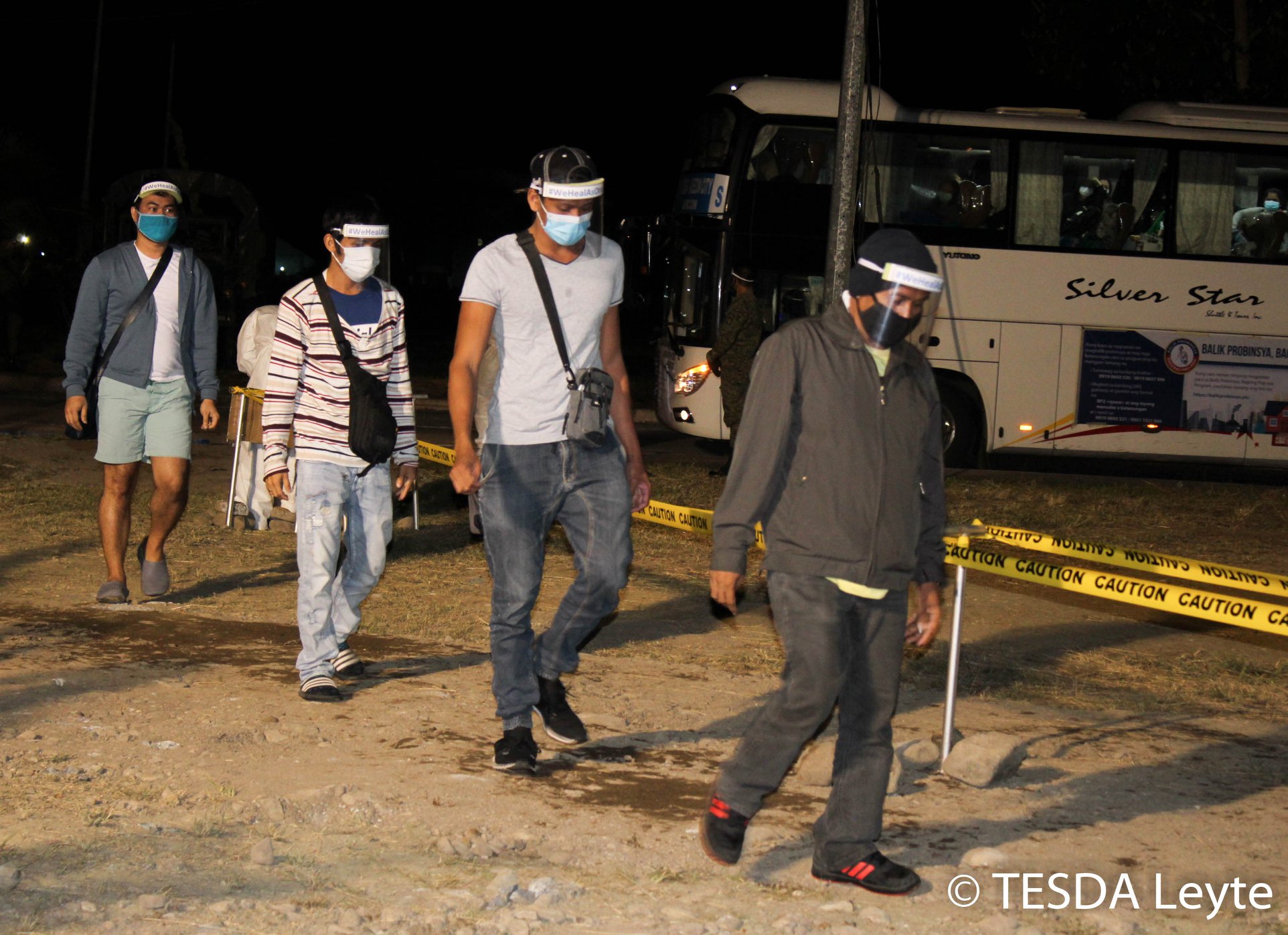 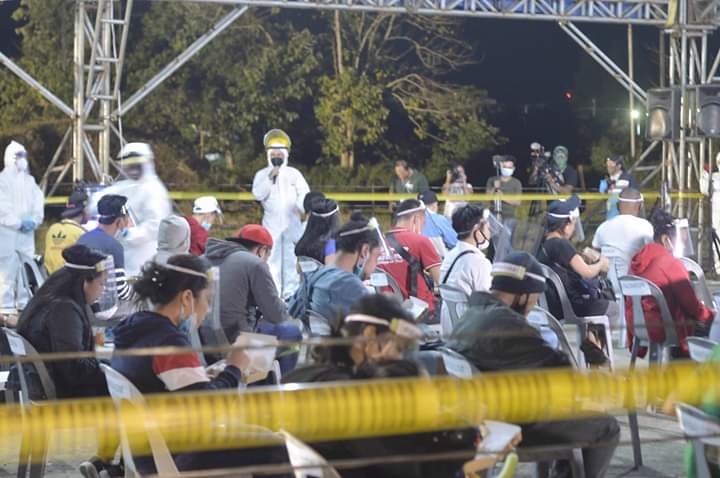 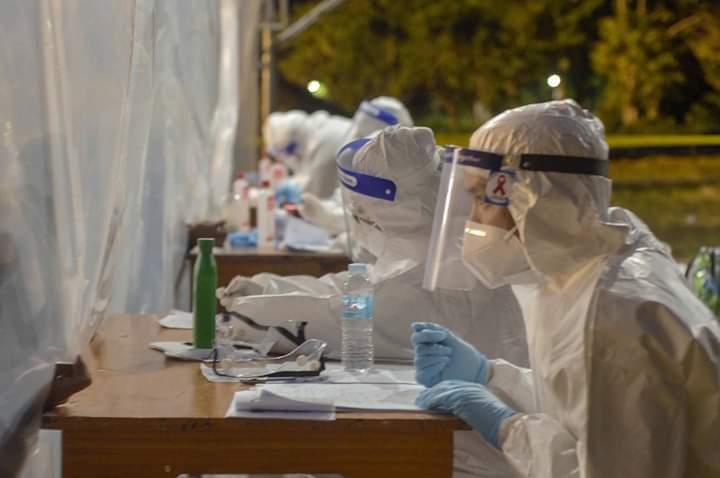